Marden Edwards has recently supplied three of it's latest LX125RH automatic collating and wrapping machines to a customer in Russia. The machines were required to replace existing machinery which had been wrapping in paper. The Marden Edwards overwrappers are designed to wrap in both clear and printed film thereby providing the customer with a significant cost saving over the previous wrapping style.

The popularity of wrapping 200s packs of cigarettes in clear or printed film is increasing rapidly. The cost savings when compared to cartons or paper can justify a machine payback in less than 12 weeks based on single shift running. The annual savings can be many hundreds of thousands of Euros. 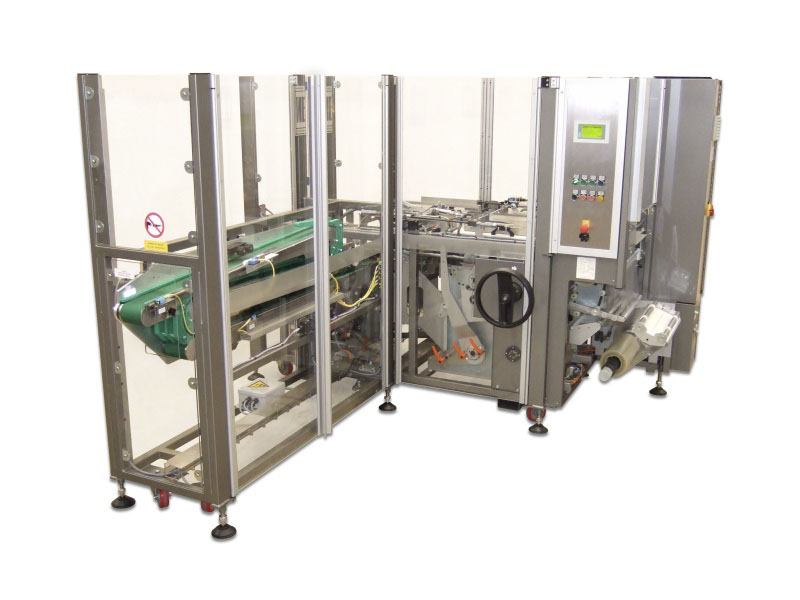 Because the individual cigarette pack is soft, a number of systems were employed to ensure the smooth running of the machine. A band conveyor was used which enables a large amount of product to be contained in a small area whilst at the same time removes much of the back pressure which can damage the product.

At the infeed to the collating unit, a mechanically operated feed conveyor positively drove the packs into the collating area. The collator itself was a continuous motion system that instead of stacking up to form the bundle instead drop stacked the packs downwards into the path of the transfer pusher that transferred the collation into the wrapping machine.

This style of collator meant that the cigarette packs were handled gently at all times without damage to the product despite the high speed of operation. The resulting machine was very compact and well able to integrate into the existing production line with little modification to the position of the existing machinery.