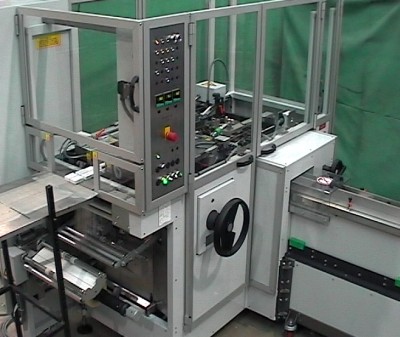 Marden Edwards has been producing playing card overwrapping machines for more than twenty years. The LX60 machine supplied to Ziegler & Herzinger has been specially designed to be built into the Mirus round cornering machine to provide a fully integrated card slitting, round cornering and individual pack wrapping system.

A paddle style square motion conveyor is used to transport the loose stacks of playing cards into the wrapping machine from the round cornering system. Due to the layout of the Mirus system the overwrapper is fed from the side. For other playing card applications, both hand and automatically fed, a front feed conveyor option is available.