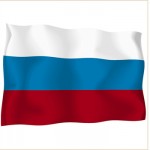 It was clear to see, that attendance to the show was much better than that of the previous show and much talk was of economic recovery, after what has been a tough time for the EU and world economy.

Not only was the quantity of visitors increased but the ratio of quality key decision makers had increased, with much interest and admiration shown towards our Evo fold machine, most commenting on price and efficiency.

We had many meetings with existing customers, with particular customer 'Ahmad Tea ' commenting “ We purchased an LX 100 from you last year, which still performs very well, we are very happy”. They have subsequently purchased two further machines, B125 and most recently another LX 100, which they are again very happy with.

Rosupack was a good show for us and we enjoyed spending time talking to current and existing customers.

We look forward to seeing you again in the near future.